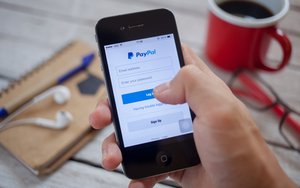 Put another way, paying by phone can take more than one way.

While in a store, consumers face a number of ways to use their smartphone to pay. These typically would include device-based technology, such as in Apple Pay or Samsung Pay.

Separately, consumers also use their phones to buy things and pay by phone. These could include an online purchase with payment methods such as Pay Pal or credit card.

The complexity comes in consumers understanding what to use and when.

A relative relayed to me a recent payment experience he had while Christmas shopping. He found the gift and when he got to checkout realized he had left his wallet at home.

The store agreed to hold the item while he drove home to get his wallet.

Halfway home, he remembered he had is iPhone, which he had used several times in the past for in-store purchasing. He told me at that moment he wondered if he should go back to the store in hopes that they took Apple Pay.

He smartly continued home to get his wallet, just in case. After he returned to the store and paid for the item by credit card, he asked the clerk if the store took Apple Pay and was told they did not, dodging that mobile payment bullet.

Therein lies a fundamental roadblock for mass adoption of in-store mobile payments. Consumers have no way of knowing when a store can accept whatever payment capability they have in their phone, if they have it at all.

It’s challenging for a mass change in consumer payment behaviors if the experience in the market isn’t consistent and seamless.

Despite all the obvious issues, location-based mobile payments will reach $92 billion within three years, according to a new study by Javelin Strategy and Research.

The study is based on a series of surveys across several random-sample panels comprising more than 10,000 consumers who were representative of the U.S. population.

Despite all the efforts and focus on in-store and other location-based mobile payments, consumers soon will face an onslaught of new ways to pay using a phone.

Hundreds of new payment apps will flood the market within two years, according to Javelin. That flurry of new apps could further confuse consumers struggling to settle in to a convenient mobile payment solution for purchases online, in-app and in-store.

This mobile payments convergence will take place in two waves, with mobile online retail payments first, followed by the consolidation of person-to-person functionality into mobile wallets that currently work primarily in-store, according to the report.

Much like consumers use Amazon’s one-click checkout, consumers ultimately will gravitate to similarly streamlined mobile wallet options to pay for everything everywhere.

While the $92 billion projection of mobile proximity payments is substantial, it is only a fraction of the amount of money that will pass through mobile phones via app and browser payments.

Javelin pegs that number at $161 billion this year climbing to $296 billion in three years.

The flood of new payment apps will come from different entities.

“Banks and card issuers have a unique opportunity to simplify the purchasing experience by offering a single branded wallet solution that brings together mobile payments, money movement functionality and account management capabilities,” said Emmett Higdon, director of mobile at Javelin.

There is no shortage of entities and mobile payment methods. Still to be found is a large mass of consumers being able to use their smartphone to use a simple and repeatable way to pay for things they buy in the course of their day, no matter where they are.