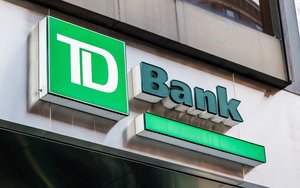 Omnicom’s TBWA\Chiat\Day New York has been appointed U.S. creative agency of record for TD Bank, the companies confirmed late Wednesday.  The client spends about $70 million on ads annually according to Kantar Media.

The appointment comes after a competitive review that began in May. At that time, the client confirmed that both its media and creative accounts would be reviewed. Earlier this week, the financial services company confirmed the selection of Havas Media as its new media agency.

Tierney, part of Interpublic Group, was the incumbent for both media and creative services.

TBWA/Chiat\Day New York will be responsible for strategic development of the creative platform that will continue building TD's brand as "The Human Bank," as well as delivering campaigns across its portfolio of products and services.

"I'm confident that TD Bank's new partnership with TBWA will enhance our capabilities in brand advertising, strategy and product marketing," said Patrick McLean, CMO TD Bank. He added that the agency is “culturally aligned with TD Bank's approach as a disruptor brand. Having demonstrated work that is grounded in research to develop brand platforms, we look forward to working with TBWA."

Headquartered in Cherry Hill, N.J., TD Bank is one of the 10 largest banks in the U.S.  with more than 8 million customers and 1,300  locations mostly along the East Coast.