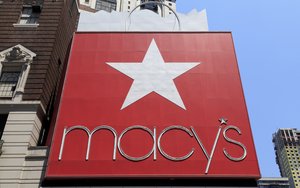 While retailers are as eager as ever to win holiday shoppers, a new report from Kantar Media finds they are still slashing ad budgets from last year’s levels in the final push of the season, redirecting at least some of those funds into digital. Mobile spending is up significantly, as are product-listing ads.

Kantar says the analysis, which focused on major retailers’ ad buys through Dec. 11, reveals an additional 13% decline to $1.08 billion, which includes TV, newspapers, radio and digital display ads, with newspapers the biggest casualty. And—as was true in its earlier report, analyzing initial holiday spending—almost every major retailer except JC Penney spent less than in 2015.

By category, only home furnishing stores spent more. Electronics stores slashed spending 32%, with Best Buy spending 56% less. Discount and department stores hacked budgets in those categories 25%, with Macy’s lowering its spend 37%, Kohl’s 28% and Walmart 27%. Even Amazon is spending less, down 1% from 2015 levels.

Spending on product listing ads, or PLAs, doubled, according to AdGooroo, Kantar’s search division. But overall, spending on desktop paid search, which includes both text ads and PLAs, sank 16%, which Kantar says is likely because of increases in mobile search spending.

Social media use is increasing, both in frequency and sophistication, with its analysis revealing thousands of posts from a subset of the nine largest retailers. These stores used Instagram the least, but had highest levels of engagement.

In what might be troubling news for all retailers, it looks like consumers may be tightening their budgets, too. NPD Group, the Port Washington, N.Y.-based market research company says its latest weekly point-of-sale analysis slipped 5% from the comparable week last year. Cumulatively, dollar sales in the first six weeks of the are lagging last year’s by 4%. Spending on apparel is up 1%, and the only category to register a gain. And toy sales fell 9%.

“The holiday lull of week six is deeper than retailers want, but they drove it with deeper and deeper discounts,” writes Marshal Cohen, NPD’s chief industry analyst, in its report. “This year’s trend clearly demonstrates how extreme promotions, now most noticeable in toys and electronics, are steering retail off the path of growth.”