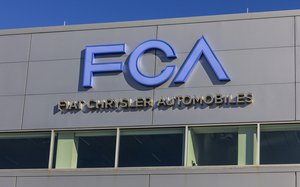 Publicis Media has been named media agency of record for Fiat Chrysler Automotive (FCA) for several major regions outside the U.S. after a review. Separately, the firm has also won a big chunk of Mars’ global media assignment.

According to industry sources, Publicis's Starcom unit will manage FCA across APAC, China and Europe, following a formal review that included incumbent Maxus. The business has an estimated 600 million euros (approximately $625 million) in billings, according to UK trade publication The Drum, which reported the news earlier today.

The FCA media account win follows news earlier this week that the automaker has selected Goodby Silverstein and Partners as its new advertising agency of record after the car company parted ways with its previous AOR Wieden+Kennedy in March after a six-year run. Neither Publicis or FCA were commenting at deadline.

In 2015, the candy brand transitioned to a single global media planning agency, Mediacom, after a closed agency review. Before that consolidation, Publicis' Starcom was responsible for most of the business, including the U.S.

Now, "to ensure that we have the strongest possible media-buying agencies supporting our business objectives around the world, Mars, Incorporated marketing teams in six key markets — Australia/New Zealand, China, Germany, India, Southeast Asia and the U.K. — conducted concurrent media-buying agency pitches this fall," says a Mars spokesperson. The company then divided up the accounts after "our teams evaluated each agency proposal on both qualitative and quantitative criteria," as well as "thorough analysis of each agency’s proposals at local and global levels."