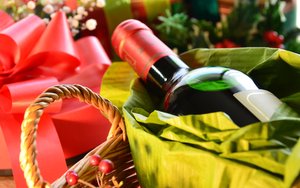 Corporate compliance execs, cover your ears. Ad execs receive holiday gifts from suppliers at this time, and judging by the response of 350 advertiser and agency executives to an informal “best/worst” gift poll, some are great and some really stink.

The stinkiest prize may well go to an anonymous agency executive who recalled receiving a “bowl” of once live fish sent prior to Christmas but not opened until after the holidays.

“When we got back there were a lot of dead fish. Everything smelled,” the exec sniffed to the researchers at Advertiser Perceptions Inc., which conducted the survey.

The second-stinkiest gift was received by an agency CEO who opened a “Chicago Pizza” that was also delivered before, but opened after the holidays.

“I don't eat pizza and the vendor knew I was taking a Christmas vacation,” the CEO recalled.

While there are no quants in the study, Advertiser Perceptions’ analysts deduced that spirits and wine were the most popular holiday gifts, although the latter occasionally stink too.

According to one advertiser, one shop sent a bottle of “agency branded” wine that “smelled so bad we couldn’t drink it.”

On the one hand, foods such as -- meats, fruit baskets, cheese plates, fruit cakes and "stale candy and cookies" -- topped worst list. On the other hand, an agency cited a “food truck” sent by a food magazine to feed the shop lunch for the day was one of the best.

But the best most likely was the one received by the CEO of a marketing organizations that covered both food and wine: A trip to Venice, Italy.