Dentsu Declares That Employee Vacations Are No Longer An Option 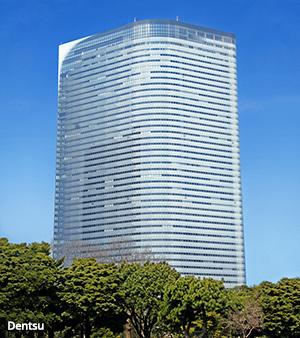 Dentsu issued an update Thursday on its efforts to improve its workplace environment, an effort that continues following a ruling this fall by a Japanese labor agency that working conditions were a contributing factor in the apparent suicide of a Dentsu staffer late last year. The agency’s probe into workplace violations within Dentsu’s Japanese operations is ongoing.

Earlier this month Dentsu said it was scrapping 10 principals established in the 1950s designed to set the tone for the work ethic of staffers. By today’s standards some of them seemed woefully out of date including one that was translated by Japanese publications as “Never give up on your task. Do not let go even if you get killed."

Among the latest revisions announced Thursday: All employees must take off two weeks annually, including a week in each half of the company’s business year.  The company is also making efforts to reduce the amount of overtime hours employees put in and stated yesterday that it would compensate workers for lost overtime pay with bonus payments.

The firm also laid out plans to improve employee health management and care. One example:  Have mental health professionals on-site at all times to counsel employees as needed.

Earlier the Tokyo-based ad-holding company stated that as part of a plan to overhaul its work assignments, about 650 people (or 10% of the Japan-based workforce) will shift to new positions in January.

Also a new personnel plan is being devised, and some 70 human resources managers (a total of around 70) are being appointed to oversee implementation.