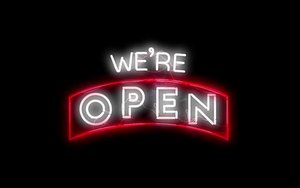 Smirnoff and its agency Circus Marketing are introducing the "We Are Open" campaign aimed at Millennials over age 21 to celebrate diversity and inclusion. Initially the effort will run only in Mexico, but the campaign is designed in a way to be rolled out globally. Local iterations are being developed with cultural relevancy in mind.

The three spots - "Naafi", "Uchi" and "Yolanda" - each highlight stories that preach inclusion, diversity and acceptance. Yolanda, raises awareness about drag queens with the message: “It's okay to be different, get on board (LGBT). Everyone is invited to the party because diversity is all around us and it’s a cause of celebration.”

Lucia Anaya "Uchi" is a producer and founder of DERRÉ-TIDA, a large event production house in Mexico to promote gender equality and female talent in music.

Naafi features the rave/music culture and Alberto Bustamante and Tomas Davó to suggest how music has no boundaries. The voiceover discusses the power of inclusion through music and how rhythms and melodies tear down these walls by mixing and uniting communities.

The campaign appears in TV through Sony, AXN, Warner Channel, and Space, as well as across digital media.

"This gives rise to 'Everyone's Party,' a party in which everyone feels welcomed, regardless of sexual orientation and belief," stated Ignacio Liaudat, CEO of Circus, and Dauquen Chabeldin, ECD, Circus Marketing.

Circus has worked with Smirnoff for two years, though this is the first local campaign and production that the agency has done for the brand.