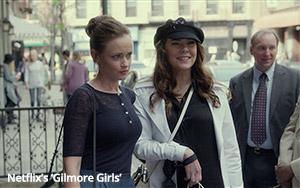 Connected TVs and other over-the-top technology will continue to upend the entertainment world into the new year and beyond.

According to The NPD Group’s Connected Home Forecast, there will be 238 million devices installed to connect television sets to the Internet by 2019 -- a nearly 60% growth from 2015 to 2019.

The forecast predicts that by the end of 2019, 43% of U.S. homes with Internet will have at least one streaming media device.

“With an ever-increasing number of devices expected to be connected to the Internet, viewers will have the ability to choose their preferred option instead of using the only device they have attached to their TV,” stated John Buffone, executive director, industry analyst, NPD Connected Intelligence.
“This shift will inevitably result in diminished usage for some devices.”

Or it may increase.

According to research from Parks Associates, about half of the 63% of broadband households that subscribe to OTT services subscribe to more than one. The most popular “service-stack” is to subscribe to both Amazon Home Video and Netflix; 12% of broadband subscribers have this combination.

“There are service stackers willing to experiment with different OTT combinations as new services arise,” stated Brett Sappington, senior director of research at Parks Associates. “The regular release of high-quality original content, such as The Grand Tour (Amazon) and Gilmore Girls: A Year in the Life (Netflix), ensures the large OTT players will remain a core, consistent subscription among service-stacking households.”