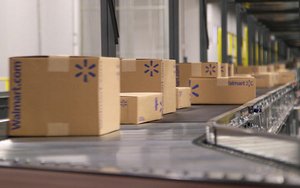 Back in the fall, Walmart consolidated its $900 million U.S. media assignment with Minneapolis-based Haworth Marketing + Media.

Today, the big box retailer confirmed the new AOR relationship with Haworth via a memo from Walmart U.S. CMO Tony Rogers to the company’s marketing team.

“I’m excited to announce we’ve chosen to partner with Haworth Marketing + Media as one of our exclusive agencies of record,” Rogers stated in his memo. “As many of you know, Haworth has an impressive track record of elevating their clients’ brands by using their creativity to deliver big and innovative ideas.”

The two firms had been in talks since April, shortly after the agency relinquished the Target account, which was taken over by GroupM, which acquired a 49% stake in Haworth two years ago.

Those conversations began after Walmart confirmed that it was parting ways with MediaVest, part of Publicis Groupe, its North American media agency of record for nine years.

In today’s memo, Rogers wrote that “Haworth will play a number of roles for the Walmart U.S. Marketing team, well beyond those of a traditional media agency. These roles include media planning and placement, strategy for brand integrations and strategic partnerships in the marketing, media and entertainment arenas.

Haworth’s expertise in delivering compelling media solutions, combined with their positioning in the media and entertainment industry, will make them a tremendous resource for us going forward.”

Gary Tobey, CEO at Haworth issued this statement: “Haworth is excited to start this new partnership with Walmart. We look forward to the ways we’ll tell Walmart’s story to the world. Walmart has tremendous momentum; our team is ready to push to new heights, connecting with customers in relevant and innovative ways.”