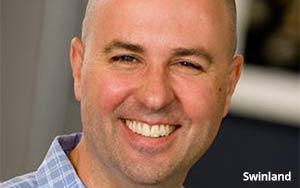 In addition, Burnett is acquiring two companies from Swinand’s Abundant VenturePartners: The Abundancy and Ardent.

The appointment marks the return of Swinand, 48, to the Publicis Groupe fold. The acquisition of his two firms signals Burnett’s determination to bolster its data and analytics and content capabilities.

Before starting his venture group in 2011, Swinand had been president of Starcom MediaVest Group, the Publicis Groupe media agency network, which was subsequently reorganized.

Earlier, he led the development of e-commerce at Secret, the Procter & Gamble brand —and a client of Publicis.

Ardent provides proprietary technology that uses search data to understand behavior and predict consumer intent. The Abundancy applies these findings to help develop custom content. Together, the two firms have 60 employees who will join the Leo Burnett team this month, the agency said.

In a memo outlining the hire and acquisitions, Arthur Sadoun, global CEO at Publicis Communications, described Swinand as “a digital innovator, creating modern tools, talent and capabilities for today’s marketplace.” Sadoun added he believed in Swinand’s ability to drive transformation throughout Burnett’s North America region, “one of our biggest operations.”

“Andrew’s arrival, combined with the acquisition of The Abundancy and Ardent analytics, will give Leo Burnett the power to seamlessly blend data and creativity at every stage of the customer journey," Sadoun stated.

Burnett works with brands such as Coca-Cola, Fiat, Kellogg's and Kraft Heinz. In 2016, it won big assignments from MillerCoors and Jim Beam but lost long-time client McDonald’s.