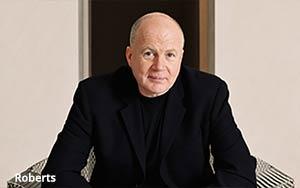 Kevin Roberts -- the former executive chairman of Publicis Groupe’s Saatchi & Saatchi, who departed the agency in August after making controversial remarks about gender and diversity -- has a new job. He has been named chairman of UK PR and marketing firm Beattie Communications.

The controversy was sparked with an interview that Roberts gave Business Insider in which he was quoted as saying that the “fucking [diversity] debate is all over,” and that many women simply don’t want to be promoted to the top management ranks in adland.

Publicis Groupe suspended Roberts almost immediately after the remarks were published, and within a week it was mutually decided that Roberts would resign. He also issued a statement apologizing for the remarks.

Beattie -- which was founded 30 years ago by Gordon Beattie, who remains the firm’s president -- indicated that Roberts would coach the senior team and help it expand internationally. The firm has already opened offices in Canada and has plans to offer services in the U.S. and other markets.

Laurna Woods, CEO of Beattie Group, stated: “We are delighted to have recruited one of the world’s most inspirational business minds to help us expand in the UK, North America and Australasia.”