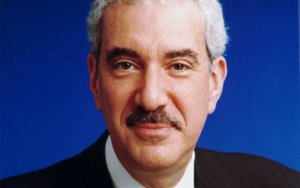 Wurtzel, president of research and media development at NBCUniversal, will become a senior advisor to the company.

Wurtzel’s entertainment research staff will report to Jeff Bader, president of program planning, strategy and research at NBC Entertainment. In a previous announcement, Wurtzel’s program and ad standards group would be reporting to Mark Lazarus, chairman of NBC Broadcasting & Sports.

Wurtzel, a 40-year industry veteran, had been at NBC for the last 17 years.

An Internet memo from Bader credits Wurtzel with many innovations, including developing the Total Audience Measurement Index or TAMi — a first-of-its-kind method designed to measure the total exposure to any one program across multiple media platforms -- especially when it came to major TV events.

“By analyzing how we could best take advantage of the unique scope of the Olympics to gain unprecedented insight into consumer behavior, Alan’s 'Billion Dollar Lab’ research presentation around the Beijing, Vancouver, London and Sochi Games defined an opportunity for NBCU that continues to benefit every aspect of our company,” he noted.

Last year, Wurtzel completed the development and construction of the NBCU Media Research Lab — a research facility located in the Orlando theme park — for NBCU and Comcast businesses to conduct consumer and media research.

Also, in 2009, Wurtzel helped create the Coalition for Innovative Media Measurement (CIMM), a group of content providers, agencies and advertisers, to promote research innovation and new ways to measure audiences across traditional and new media.

Bader said Wurtzel “gave me my start in network television in 1988, when he hired me as a research analyst at ABC. For that, I will always be indebted to him, and it is an honor to be taking over the department that he built.”