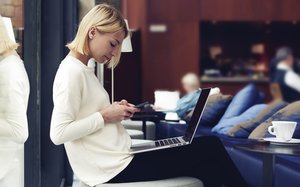 Wireless connections within the Internet of Things may soon rival the capabilities of wired systems, based on new standards being released by Wi-Fi Alliance.

The new standard, called TimeSync, is a Wi-Fi feature that brings precise timing and synchronized operation to wireless devices by aligning them to the same internal clock. It was introduced at CES, just concluded in Las Vegas.

This type of synchronization would enable properly synced audio and video playback wirelessly across a full surround-sound system, according to Kevin Robinson, VP of marketing at Wi-Fi Alliance.

“As Wi-Fi becomes more firmly planted in the connected home space, it is growing from simply delivering Internet connectivity to connected devices to now moving into the interconnections between the components themselves,” Robinson told the IoT Daily.

“Part of the reason Wi-Fi has been as successful as it has is that it’s a very flexible and capable platform for other technologies, other ecosystems, to build on top of and it really allows industry to continue to innovate on top of this very capable platform,” he said.

Bringing a cross-brand standard to wireless devices is the goal and Wi-Fi Alliance plans to launch a certification program for device manufacturers to integrate the TimeSync capability into their products later this year.

The Alliance now has more than one flavor of connectivity tailored to different use cases.

For example, Wi-Fi ac, which was updated in mid-2016, is designed to deliver Internet access to wide areas and multiple devices simultaneously. An example Robinson referenced was a recent implementation of Wi-Fi ac access points throughout Gillette Stadium in Foxborough, MA, which brings high-speed Internet across the entire stadium.

On the other side, Wi-Gig, which was launched in October 2016 and was shown in products at CES, brings short-range, but very high performance speeds. This type of connectivity can enable wireless virtual reality experiences.

The TimeSync feature is not intended to act as a type of connection, but rather as a coordinating layer that can enable better experiences, according to Robinson.

“One way to look at it is it’s an ingredient that will help other technologies in applications perform better,” Robinson told the Daily.

“TimeSync would allow you to create that precise coordination between various devices, whether it’s a VR headset, speakers in the room or a wireless headset,” he said.

Wi-Fi Alliance also plans to launch an indoor location-tracking capability later this year, which would operate similarly to GPS with accuracy within a few feet.

There are currently 8 billion Wi-Fi devices in active use, according to Robinson.