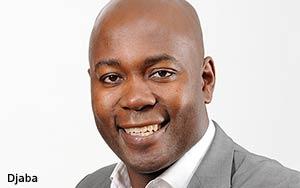 Saatchi & Saatchi has appointed Magnus Djaba global president of the Publicis Groupe agency network. His appointment was confirmed as the agency indicated Global CEO Robert Senior will be leaving the agency after a transition period to “pursue personal ambitions.”

Djaba has been CEO of Saatchi & Saatchi London since 2011 and will retain that role as he takes on the new responsibilities. As global president, the agency said he would lead the network with Kate Stanners, worldwide chief creative officer and chairwoman, and David Hackworthy, Worldwide Chief Strategy Officer.

Senior will remain on the job for three months,  then shift to strategic advisory role for the rest of the year working directly with Arthur Sadoun CEO Publicis Communications.

“I want to thank Robert for the drive, dedication and determination he has brought to Saatchi & Saatchi and Publicis Communications,” Sadoun stated. “Magnus’ appointment to global president is first and foremost in recognition of the strong results he has driven for Saatchi & Saatchi London and the value he has generated for his clients.”

As to his departure, Senior stated: “It’s been a brilliant adventure, with the bruises and tattoos to show for it. This agency, its people and its culture, have been, and will always be, defining for me. But everything takes its natural course and I have decided the time is right for me to do something different, and to fulfill some longstanding promises to myself.”

The global president’s role is designed to facilitate more effective integration of agency services throughout the organization. Sadoun has now created the role at three of the Communications Group’s largest agencies, including Leo Burnett (Rich Stoddart) and Publicis Worldwide (Valérie Henaff).