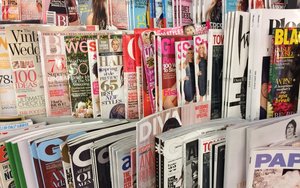 According to the MPA's November 2016 report, total audience — across print, Web, mobile Web and video — has reached 1.9 billion, up 9.2% compared to the same month a year ago. This is the second-highest percentage gain from the report in 2016.

In the latest report, 71% of brands were up in print and digital audience, compared to a year ago.

Nearly half of them were up by double digits.

The remainder of the brands in the report experienced relatively flat or a decrease in print and digital audience, according to MPA.

The digital part of the report’s print and digital metric includes electronic issues of the magazine, such as an issue read on a magazine distribution service like Texture, an e-reader, or the magazine app version on a tablet or smartphone.

The top five magazine brands with the most total audience — across print, Web, mobile Web and video — for November 2016 were ESPN The Magazine, People, Forbes, Allrecipes and Time.

The top five magazine brands with the greatest percentage growth in total audience for November 2016 compared to a year ago were The New Yorker, New York Magazine, Vanity Fair, Harper’s Bazaar and Marie Claire.
digital, magazines, print
Next story loading