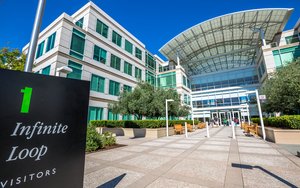 To take on Spotify -- and compensate for sagging smartphone sales -- Apple is reportedly planning a big push into original content.

With the help of experienced producers, the tech giant wants to start making movies and TV shows, according to multiple press reports. Similar to the business models of Spotify, Amazon and Netflix, Apple is expected to offer its original fare to Apple Music subscribers.

Despite its name, the $10-a-month service already carries some video, including artist documentaries.

Sources tell The Wall Street Journal, which first reported the news, Apple hopes to begin offering scripted content before the end of the year.

On the hardware front, Apple continues to dominate global smartphone sales. Worldwide, smartphone profits reached $9.4 billion during the third quarter of the year -- 91% of which went to Apple -- according to recent findings from Strategy Analytics.

Yet due to slower iPhone sales, Apple’s profit and revenue have declined for third straight quarters. During its fiscal fourth quarter, it saw net income fall 19% to $9 billion, year-over year, while revenue fell 9% to $46.9 billion.

Year-over-year, iPhone sales declined by about 13% to 45.5 million units, during its fiscal fourth quarter. More than any other factor, CEO Tim Cook attributed this drop in phone sales to evolving adoption trends in China.