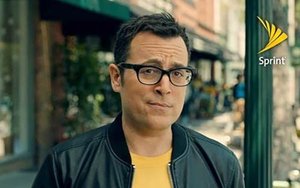 Telecom giant Sprint is conducting a review of its media planning and buying assignment, the company confirmed Thursday.

The company had total advertising expenses of $1.3 billion in its fiscal 2016, according to its latest annual report. It’s estimated that more than $700 million of that total is earmarked for media spend.

MediaVest, part of Publicis Groupe, is the incumbent and is expected to defend. It has handled the assignment since 2011.

The media review follows a creative review that the company held last year. In November it selected Droga5 as its creative AOR.

Sprint made headlines last year when it began featuring former Verizon spokesman Paul Marcarelli in its advertising. Marcarelli did the Verizon ads where he stated the “Can You Hear Me Now?” line for several years.

Dave Tovar, Sprint’s Communications VP, confirmed that the review was being conducted.