Topic 'A' On TV This Week: The Divided States Of America 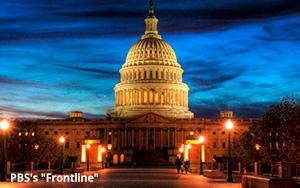 Prepare to be bombarded this week with hours and hours of commentary and analysis on TV about Donald Trump.

It’s the run-up to Friday’s “peaceful” transfer of presidential power, which for most of last year was anything but peaceful (although it was mostly non-violent).

The election drama of 2016 (and much of 2015 too) will be rehashed in detail all this week on the news shows and news channels where you expect to encounter this kind of endless and repetitive jibber-jabber.

While it sometimes seems as if this cacophony stands at the center of American life, it really doesn’t. Despite all the hours, news resources and money thrown at all those million-dollar anchors and talk-show hosts -- and the attention given to them by journalists on the television beat -- the majority of Americans are not tuning in to all that noise.

With viewership in the low millions for even the highest-rated of the cable news talk shows (“The O’Reilly Factor,” for example), it’s clear that the panel discussions that pass for “news” these days on the news channels are not even faint blips on the radar screen for many, many more millions of Americans.

This might be why the prattling panelists of political punditry seem more and more like they are talking to each other these days. The discussions often seem to play like conversations between insiders.

The environment in which these people work and interact with each other is often described as a “bubble” -- in this case, one located at the intersection of news media and politics.

But a bubble suggests a potential for penetrability. Bubbles can be popped, right? I like to describe this insular class of media and political types as more like a gated community, where guards are on-hand to make sure the riff-raff and their unwanted opinions are kept out of the neighborhood and the conversation.

This week’s onslaught of commentary will consist mainly of talking heads talking to each other. Many of these commentators are the same people who got it all wrong while the campaign was underway, but will now offer their “expertise” once again to explain what happened. Take what they say with a grain of salt.

While most of the rehashing will take place in real time on the live talk shows on Fox News Channel, MSNBC and CNN this week, one lengthy look back will play out over two nights on PBS in a two-part “Frontline” starting Tuesday night (Jan. 17) and concluding on Wednesday.

Subtitled “Divided States of America,” this “Frontline” -- weighing in at about three hours in total length -- traces last year’s divisive politics all the way back to the beginning of Barack Obama’s presidency, which started at a time when the U.S. economy was in meltdown.

The show reports on the rise of various political insurgents -- Sarah Palin, the Tea Party movement, young conservative Republicans such as Paul Ryan and Eric Canter, and others -- to set the stage for the biggest insurgent of them all, Donald Trump.

Tuesday night’s Part I ends just after the 2010 midterm elections in which the Republicans won back the House and installed Rep. John Boehner as Speaker. Part II deals with everything that happened afterward, up through Trump’s election.

The show posits that more than anything else, President Obama’s healthcare legislation is the root cause of the divisiveness that characterizes government in Washington today. In support of this view, the story of the Affordable Care Act’s evolution is retold in great detail.

Along the way, numerous talking heads are on hand to describe how “ordinary” Americans began to repudiate the influencers who hold sway in Washington -- from the entrenched political classes to elite news organizations.

Ironically, the great majority of the talking heads in this “Frontline” come from the very government and media institutions that voters are said to have repudiated -- the Obama administration, Congress, The New York Times and the Washington Post.

Once again, outsider voices -- perhaps representing the vast community of voters who swept Trump and the Republicans into office last November -- are missing.

“Frontline: Divided States of America” airs in two parts Tuesday (Jan. 17) and Wednesday (Jan. 18) at 9 p.m. Eastern on both nights, on PBS.

news, politics, tv
3 comments about "Topic 'A' On TV This Week: The Divided States Of America".
Check to receive email when comments are posted.
Read more comments >
Next story loading