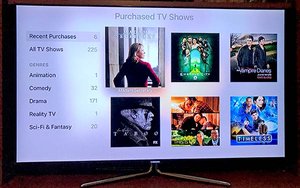 The TV show is still the thing: Programs get strong marketing attention among viewers -- but that awareness connection is not always linked to the network that produced the show.

Among viewers who watch a original broadcast or cable network TV program that is airing on a SVOD platform, fewer than half  -- 41% -- could correctly identify the network where the show originally aired, according to Hub Entertainment Research.

The remaining 59% either guessed the wrong network or said they had no idea. Only 13% say a specific TV network is a “big factor” in their decision about which shows to watch.

Still, consumers do have strong associations with specific traditional and digital TV providers. Some 99% of respondents can identify their traditional pay TV provider -- multii-video channel program distributors -- and 89% are very/somewhat “confident” in knowing those companies.

“Consumers associate great shows with the company that delivers them, not necessarily the one that created them,” according to Hub.

When asked whether they could only pick three specific networks/TV brands for original programming to have, Netflix scored the best results, with 36%, followed by ABC at 20%; CBS, 18%; HBO, 15%; and NBC, 13%.

The  December 2016 survey was conducted among 1,300 U.S. consumers ages 16-74 with broadband and who watch at least five hours of TV per week.