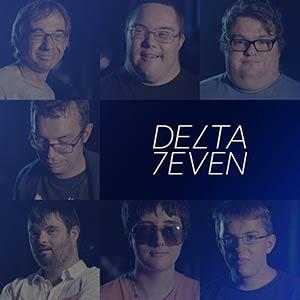 McCann London is once again lending its talents to raise awareness for the seven-piece UK rock band Delta 7, whose members all have disabilities.

The band was profiled in the "We Rise" documentary, which won the Picturehouse Members Film Competition.

As part of the prize, a two-and-a-half-minute short film was shot and produced by the London-based agency on behalf of its client Picturehouse and production company Craft London.

This movie, which debuted last September, was shown before every full-length feature at all Picturehouse cinemas across the UK.

Now, the Interpublic Group-owned agency has offered its services pro bono to produce a song recorded with the band during filming.

The official track and music video for the band’s debut single "The Jungle" will raise money for Culture Shift, the charity organization that first brought the band together.

It continues to support the band and others with disabilities in the south of England.

The track and music video can be purchased via all major digital music channels. All profits will go towards Culture Shift.