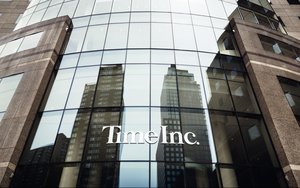 Time Inc. is slated to begin talks with potential buyers.

Time Inc. could begin discussions as soon as next week, according to a Bloomberg report.

The publisher held a board meeting earlier this week to address the future of the company. Time Inc. was approached by Meredith Corp. about a possible merger a few weeks ago.

A source told Publishers Daily that Time feels no pressure to look for buyers. The talks will likely serve as a way to gauge how much the company could sell for — and if it could get a better deal than an unsolicited bid from Edgar Bronfman Jr.

Meredith originally proposed a merger with Time Inc. in 2013, when Time was preparing to separate from parent company Time Warner. However, nothing came of the proposal.