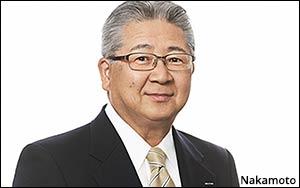 Dentsu said today its internal investigation looking into its digital ad billing practices in Japan found nearly 1,000 cases where inaccuracies occurred in the processing of transactions over a nearly four-year period: November 2012 through July 2016.

The dollar amount involved was 114.82 million Japanese yen, or a little over $1 million at today’s exchange rate.

The company disclosed the investigation last September, after press reports that some clients had been overcharged by the firm’s Japanese digital operation.

The flawed transactions included overcharges, incorrect posting details and an array of invoicing inaccuracies, according to the holding company.

The internal probe was carried out by a committee chaired by Shoichi Nakamoto, senior EVP and CFO, external attorneys and other third-party professionals intended to identify issues and their causes and to develop preventative measures.

The problems stemmed from multiple sources, Dentsu concluded, including some processing flaws, such as not having a standardized and adequate system of checks and balances in place, inadequate training of personnel; a lack of coordination among business units, and a failure to provide clients with “clear definitions of services scope or disclaimers.”

Once it became aware of the issues last fall, Dentsu took steps to launch a unit that would check on digital advertising orders, placements and invoicing independently from the operations handling such work.

The company said today it would implement additional remedies, including a new system for double-checking the accuracy of postings. Also, a new system for automating posting reports is being devised.

A new system for online advertising applications will be introduced and new training and collaboration procedures are being deployed. The firm has added more than 100 programmatic specialists to its buying operation in Japan.