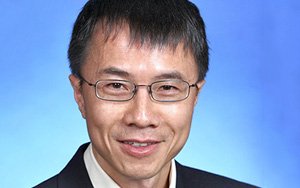 "Dr. Lu possesses a wealth of leadership and management experience, and is a leading authority in the area of artificial intelligence," said Robin Li, Baidu's chairman and group CEO, in a prepared statement,

Artificial intelligence is a key strategic focus for Baidu during the next decade. At Microsoft, Lu ran search, productivity, communications, education and other services for products such as Office, Skype and Bing.

One of the patents that went up for sale in the Excalibur portfolio held by Yahoo describes a search system and method with an integration of user annotations. Users can annotate and view their annotations for any document they encounter while interacting with the collection of written text, including queries returned in a search.

The patent also describes how users can search their annotations or limit searches to documents they have annotated. Metadata from annotations can also be aggregated across users and aggregated metadata applied in generating search results.

Lu joined  in 1998 and later became SVP in charge of search and advertising technologies, and subsequently became EVP in 2007. In 2009, he joined  as president of its lobal EVP in charge of its Office business.