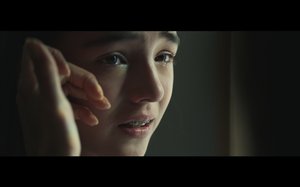 est evolution of its “Be More Human” campaign, Reebok is counting on actual handshakes as a way to build more empathy, rewarding every shake with a free workout.

In a four-day promotion called “Show of Hands,” the brand is deploying thousands of its ReebokONE trainers. People in New York, Los Angeles, Boston, Dallas, Washington, D.C., Chicago, Philadelphia, San Francisco, Seattle and Miami can arrange free workouts -- good through the end of the month -- using Handstand, an app that connects trainers with potential clients.

People “book their session and then at the start or end of the workout, they shake hands,” says a spokesperson for Reebok. The idea is that exercise, besides promoting health, is a primary way to connect with other humans.

The Canton, Massachusetts-based company is introducing three new brand videos to support “Be More Human.” In Hands, it shows many ways that hand-battering hardships build compassion; Mom shows a little girl’s admiration for her CrossFit mother switching from high heels to gym shoes, and Slide tells the story of a painful breakup. “As our bodies change, so do we,” says the voiceover. “We become braver. Kinder. Closer. We become more human.”

Noticeably absent from the films are model Gigi Hadid, who fronted the fall campaign, and Ronda Rousey, the UFC fighter who celebrated her own shortcomings in last summer’s version of the “Be More Human” effort. (But when the UFC fighter lost her comeback in less than a minute last month, Reebok tweeted its support: “Failure doesn't come from loss. Failure comes from refusing to try. Always in your corner.”

The spokesperson tells Marketing Daily that Reebok “is still working with both Ronda and Gigi, and they will continue to support the Be More Human message.”

The Canton, Massachusetts-based company owned by Adidas says “the message at the heart of the series is that as our bodies, and gear, change, so do we, becoming braver, kinder, more confident and ultimately more connected human beings, to ourselves and to others.”

The ads, directed by Diego Contreras, are from Venables Bell & Partners in San Francisco.

ReebokONE’s network includes more than 100,000 trainers, and with the price of a personal one-hour session averaging $50, it says it anticipates providing $250,000 during the four-day promotion.

In its most recent quarterly results, Adidas says

Reebok is extending its sales streak, describing its revenues as “robust,” up 7%, with gains in all regions. It also says Reebok’s running shoes are up in the double digits, as are its classics.