Under The Klieg Lights, 'Variety' Has A Branded Content Studio 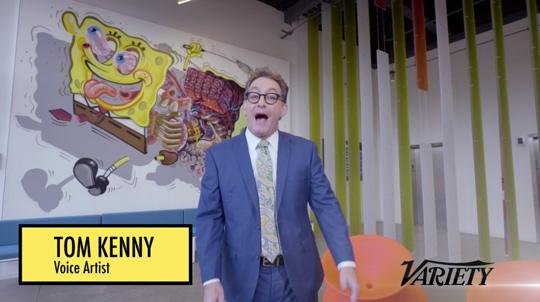 A storied 111-year-old brand. Hollywood celebs and power brokers. The world of entertainment.

When news broke last week that Variety launched a branded content studio, it wasn’t so much a question of why, but what took so long?

Native Insider spoke with Variety Chief Marketing Officer Dea Lawrence, who is pumped about the effort. Variety has actually been working on branded content for a year. The studio has already produced a virtual reality tour for Nickelodeon, a cross-platform video program for Amazon Studios, called “Films of Our Time,” which takes a deeper look at movies “Manchester By the Sea” and “Gleason,” both distributed by Amazon Studios.

Native Insider:Why did you decide to officially launch a content studio?

Dea Lawrence: In order for publishers to maintain and grow revenue, you have to go in the opposite direction of programmatic. My background is in digital, and I’ve sold programmatic media at TubeMogul and run digital sales teams. Everyone can offer programmatic media, and offer the same data, but it’s hard to differentiate.

The media space is commoditized. Variety is a special brand -- our access to influencers, our content, and customer service are differentiators. This is a major initiative for us in 2017. I can’t share our target goals, but while native and custom content may still be a smaller percentage of an overall media buy, we intend to make it one of our top priorities for digital growth.

We’ve hired 10 people in-house. We’re going to be very hands-on, incredibly flexible, and creative. Everyone has a creative background here.

NI: What does it take to be successful in the branded content business?

NI:Will you be using programmatic technology to distribute native content?

Lawrence: I question the idea of programmatic native. That said, we’re using a programmatic technology on our site and will relaunch it in the spring. The challenge for custom content is the distribution strategy. We’re trying to overcome some issues with content partnerships; they have mostly been with editorial content. And we’re working closely with the marketers. Social media is a great way to increase reach.

For example, we did a campaign with Jamie Foxx and Mercedes, and it ran in Sports Illustrated. For certain kinds of campaigns, we don’t need to scale the content, we’re only trying to reach a certain kind of audience. For example, we know how to reach Academy of Motion Picture Arts and Sciences voters and Screen Actors Guild voters. We’re also trying to reach affluent consumers — Penske titles Robb Report, Hollywood Life, and WWD are also in our portfolio.

NI:What’s an example of a campaign that wouldn’t be programmatic?

Lawrence: For Focus Features, we created custom content that ran in print and on a hub online. The goal was to reach the industry — Academy voters and SAG voters. Something like that wasn’t programmatic.

NI:What’s an example of something that can be pushed programmatically?

Lawrence: For Mercedes, we had Jamie Foxx at our sports summit. Some of our branded content comes out of our events and it can be be pushed programmatically as long as it’s extremely targeted.