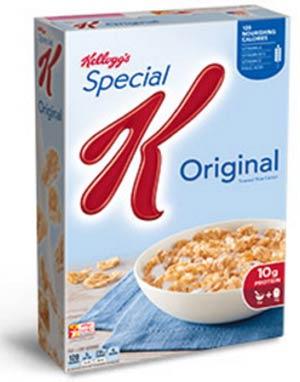 In a dramatic about face, Kellogg’s Special K brand cereal has dropped J. Walter Thompson as its creative agency in the U.S. and returned to its agency home of many decades, Leo Burnett, part of Publicis Groupe.

Burnett lost the $100 million-plus U.S. Special K assignment in August of 2015. But it continued to service the account in other markets including Europe and Canada. Before gaining the U.S. assignment last year JWT handled the brand’s business in the Asia Pacific region. It has also handled the brand’s Latin America account.

The loss of the U.S business was a blow to Burnett. As Publicis Communications CEO Arthur Sadoun told staffers in a memo this week, Special K is one of Kellogg’s “major business pillars,” and Burnett has handled most of the Kellogg account in the U.S. since 1950.

Sadoun credited the resilience of the Kellogg team for the brand’s decision to return to the fold. “Thanks to their determination, I am extremely pleased to tell you that Special K is coming home to Leo Burnett Chicago,” he stated in the memo, which was obtained by MediaPost.

Burnett has been in the news a lot in recent months as it has strived to up its game. The efforts have paid off with major wins like Jim Beam and MillerCoors, although the agency suffered a setback with the departure of the McDonald’s U.S. account last year.

Swinand’s appointment and the acquisition of his two companies signal Burnett’s determination to bolster its data and analytics and content capabilities.

The appointment marked the return of Swinand, 48, to Publicis Groupe. Before starting his venture group in 2011, Swinand had been president of Starcom MediaVest Group.