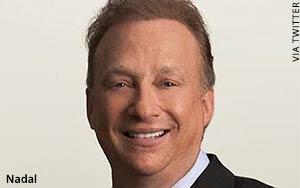 The U.S. Securities and Exchange Commission today confirmed that New York-based marketing company MDC Partners has agreed to pay a $1.5 million penalty to settle charges that it failed to disclose certain perks enjoyed by its then-CEO, Miles Nadal.

The SEC also found the company goosed its organic growth numbers by adjusting its calculation for deriving the figure without informing investors of the adjustment.

Organic growth is a key metric that investors use to assess the health of the agency business and the companies in it.

But the SEC’s probe continues to look at other alleged violations, including trading activity by the company.

The company and the SEC struck a preliminary agreement that included the $1.5 million penalty back in November.

When Nadal resigned, the company disclosed he agreed to return about $20 million to the company for inappropriately expensed items and incentive bonuses that were not fulfilled. The wrongdoing occurred between 2009 and 2014.

“Compensation paid to high-ranking executives must be fully disclosed,” stated Stephanie Avakian, acting director of the SEC’s Division of Enforcement. “MDC Partners failed to give its shareholders all of the relevant information about how its top executive was being compensated by the company.”

The SEC’s order also finds improper use of non-GAAP measures, which are allowed under SEC rules to convey information to investors that a company believes is relevant and useful in understanding performance. But non-GAAP measures must be accurate and must be reconciled to the appropriate GAAP measures so investors and analysts can compare them.

According to the SEC’s order, MDC Partners presented a metric called “organic revenue growth” that represented the company’s growth in revenue excluding the effects of two reconciling items: acquisitions and foreign exchange impacts. But from the second quarter of 2012 to year-end 2013, MDC Partners incorporated a third reconciling item into its calculation without informing investors of the change, which resulted in higher “organic revenue growth” results.

The SEC also noted that MDC Partners -- the holding company for agencies CP+B, 72andSunny, KBS+P and other shops, failed to give GAAP metrics equal or greater prominence to non-GAAP metrics in its earnings releases.

“The reason these rules are in place is so investors can compare non-GAAP financial measures to those consistently defined under GAAP requirements,” stated G. Jeffrey Boujoukos, director of the SEC’s Philadelphia Regional Office.  “The lack of equal or greater prominence for GAAP measures is a practice that we will continue to focus upon.”

MDC Partners consented to the SEC’s cease-and-desist order without admitting or denying the findings.

The SEC’s continuing investigation is being conducted by Brendan P. McGlynn, Oreste P. McClung, Lisa M. Candera, and Brian R. Higgins of the Philadelphia office, and supervised by Boujoukos.

The SEC’s ruling, which can be found here, noted that it was MDC that proposed the offer to settle with the $1.5 million penalty. The commission stated in its order that the firm’s cooperation with the agency’s investigation was a factor in its decision to accept.

Scott L. Kauffman, who succeed Nadal as CEO of MDC stated “We are extremely pleased to have concluded the SEC investigation. I am particularly gratified that the SEC formally acknowledged MDC’s high level of cooperation, our in-depth internal investigation conducted by the Company’s Special Committee with outside counsel, and our self-initiated remedial measures.”