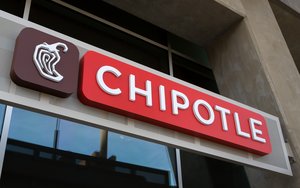 The decision comes at the end of a four-month agency review that included consideration of nearly 20 potential agency partners, according to the restaurant chain.

“After considering some extremely talented agencies, we decided that retaining two best-in-class partners to work with us on the advertising and media roles gave us the best combination of talent to help us as we continue to evolve our marketing programs,” stated Mark Crumpacker, Chief Marketing And Development Officer at Chipotle.

“Venables impressed us from the beginning with their insights and ability to translate our strategy into really compelling advertising, while Mediahub demonstrated extraordinary analytic and media targeting capabilities.”

Venables Bell, based in San Francisco, has worked for clients such as Audi, REI, and Intel, and was named breakthrough agency of the year in 2016 by Adweek. It gained a lot of attention for its Opt Outside campaign for REI, which encouraged consumers to skip the Black Friday shopping frenzy for the great outdoors. REI even closed its doors on Black Friday.

Boston-based Mediahub is the global media planning and buying arm of MullenLowe Group, and represents a variety of brands including JetBlue, Netflix, Bose and Shinola, among others. Mediahub was named 2016 Creative Media Agency of the Year by MediaPost.

“Chipotle and Mediahub share a belief in challenging the status quo to deliver extraordinary results,” stated Keith Lusby, executive director at MullenLowe Mediahub and who led the pitch for the agency. “Chipotle is the ultimate challenger brand, defying category norms about how food is sourced, prepared and served.”

The company spent a total $69.3 on advertising and marketing in 2015 according to its annual report for that year. The company acknowledged that its ad spend levels have been “relatively low” for a restaurant chain of its size, but added that had achieved a lot of success developing positive word of mouth for its brand via an advertising mix that has included print, outdoor, transit, radio and digital advertising.

But that positive word of mouth turned negative in late 2015 when the chain was confronted with a number of operational problems as well as customers who became ill after consuming Chipotle food allegedly tainted with E. coli bacteria. As a result, the chain’s financials took a severe hit over several quarters.

The firm recovered to some degree and has signaled that it intends to invest more heavily in marketing and advertising going forward. The company spent $29 million on ads in 2015 and $33 million during the first nine months of 2016 according to Kantar Media.

“Chipotle is a brand we have long admired, and we are excited to be working alongside a marketing team which has such a strong and compelling creative pedigree,” said Paul Birks-Hay, president of Venables Bell.

Chipotle will continue its work with incumbent GSD&M through the duration of its “Ingredients Reign” campaign. The Omnicom agency had handled both creative and media for the brand and participated in the review.

The chain continues to work with a number of other agency partners in such area as design, social media, public relations, and digital and mobile services.