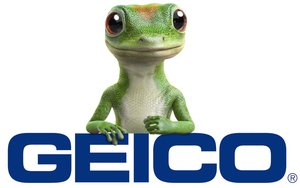 Geico, Verizon Wireless and McDonald’s are the big three in ad awareness, according to YouGov BrandIndex.

The consumer perception research firm is releasing its annual perception rankings, but this time around, something completely new — a ranking of the top 10 brands with the best advertising awareness by consumers in 2016, as well as the brands which improved the most over the year.

“Every year, we normally rank the top brands using our Buzz score, which is composed of advertising, word of mouth and what consumers see and hear about brands in the media,” YouGov BrandIndex CEO Ted Marzilli says. “Advertising is the component that is largely under the brand's control, so we broke out our Ad Awareness metric in its own ranking.”

The good news for the brands on the list is that their advertising is breaking through and being noticed by consumers, he says. The “less good news” is that none of the top 10 brands in Ad Awareness appears on the top 10 Buzz list, which demonstrates that those less controllable factors matter a lot too, Marzilli adds.

What makes this ranking notable is what really makes memorable advertising over the course of an entire year in the minds and hearts of consumers, not just an individual campaign or according to pundits.

Rounding out the top 10, the brands that really struck home with American consumers with their advertising in 2016 were AT&T, DirecTV, Walmart, Subway, T-Mobile, Progressive and Walgreens.

“It's interesting that four of the top 10 advertisers are major telecom, cable and satellite operators [Verizon Wireless, AT&T, DirecTV and T-Mobile],” Marzilli says. “That industry is incredibly competitive with players rolling out new data plans, promotions, investing in infrastructure and directly attacking one another. Quick-service restaurants (QSRs) and insurance also contribute two major players each to the top 10 list. As varied as they may seem, they represent a few of the most competitive advertising-intense sectors in the business.”

YouGov BrandBrandIndex crunched its daily consumer ad awareness data for 2016 across more than 1,400 of the biggest major brands in the country, representing more than 30 different industry sectors.