Self-Driving Cars: 23% Would Ride In One, 83% Concerned About Tech Glitches 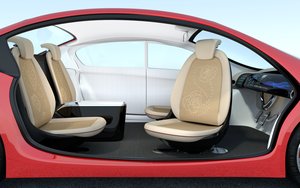 Self-driving cars are being developed and tested on one hand while many consumers have a wide range of concerns on the other.

When so-called autonomous vehicles arrive, consumers have various ideas on what would be acceptable for people in the car to do, since they won’t be driving.

The most acceptable activity would be talking on the phone, deemed OK by the majority (52%) of consumers in a new survey by Morning Consult.

The survey comprised an extensive questionnaire answered by 2,200 U.S adults.

Awareness of autonomous vehicles is high, with a large number (69%) of consumers having recently seen, read or heard something about them.

However, hearing about self-driving cars doesn’t necessarily mean people are in love with the idea. More (47%) consumers have an unfavorable view of self-driving compared to those (40%) who view them favorably.

While consumers are reluctant to embrace self-driving cars, they are in favor of some of the other features of connectivity. Here’s how many are comfortable with cars automatically doing the following:

Videos and other marketing materials could make more consumers warm to the idea of self-driving cars. Here’s what would increase consumers’ comfort level:

Developers and marketers of self-driving cars have plenty of consumer issues facing them on the road ahead. These concerns range from autonomous and current vehicles being on the road at the same time to technical failures. Here are the concerns with the following issues:

In perhaps one of the most significant findings, many (47%) consumers say testing self-driving cars in towns or cities where they live would make them fell less safe.

For those connected features coming in new cars today, auto marketers have their work cut out for them. More (40%) consumers are unlikely for their next car to have automatic driving features than those who do (36%).

While self-driving technology moves forward, it’s not likely that the technology itself will be the main driver of autonomous vehicles.

automotive, iot
6 comments about "Self-Driving Cars: 23% Would Ride In One, 83% Concerned About Tech Glitches".
Check to receive email when comments are posted.
Read more comments >
Next story loading