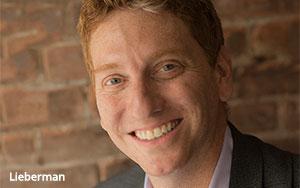 Michael Lieberman is moving from WPP's tenthavenue to join its affiliated Kinetic Worldwide as chief strategy officer, North America. In this newly created role, he will oversee client services based out of the agency's New York office.

Lieberman is also now tasked with evolving the offering of Kinetic North America, following a successful, award-winning year for the agency including numerous MediaPost DOOH and Creative Media Awards, OAAA Media Plan of The Year Awards, and a shortlist mention for a Cannes Lion.

For the past two years, Lieberman has served as tenthavenue's chief operating officer responsible for its North American operation and expanding specialist units Bookmark, Candyspace, TMARC, Spafax, and Joule in North America.

Prior to tenthavenue, Lieberman was the North America CEO of Joule, WPP’s mobile agency.

"Michael’s digital background has already positively impacted the performance and evolution of our business," says Krupp. "I look forward to working with him as we develop new, contextual ways for brands to engage with their audiences.”