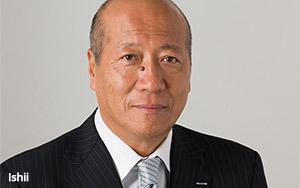 Dentsu has settled with the family of an employee, Matsuri Takahashi, whose suicide in late 2015 was attributed to so-called “overwork” at the agency.

According to one report, Dentsu pledged to contact the family every December to give a progress report on the implementation of workplace reform measures it has committed to in a bid to avoid undue stress on employees.

The suicide, in December 2015, sparked a probe, still ongoing, by a Japanese government labor agency. It concluded the death was at least partially due to the excessive amount of overtime Takahashi was working in the months leading up to her death.

The death also led to the departure of Dentsu President Tadashi Ishii, who indicated he was resigning to take “full responsibility” for company practices that contributed to the suicide. Last week, Dentsu announced that Ishii had been replaced by Toshihiro Yamamoto, a longtime company veteran.

The suicide and related workplace environment probe by the Japanese government is one of two scandals that Dentsu has had to deal with in recent months. The other relates to over-billing for digital media and other irregularities at its Japan operations.

Last week, the firm issued a report detailing a number of steps it is taking to improve its processes to avoid such occurrences in future.