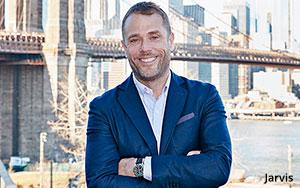 72andSunny is promoting Matt Jarvis from Chief Strategy Officer and partner to global CEO, representing the first time the MDC Partners agency is appointing someone outside of its creative department to serve as its top leader. Jarvis will continue to serve as CSO.

Founders John Boiler and Glenn Cole, who served as CEO and chief creative officer, respectively, will each become creative chairman.

In his new role, Jarvis will be tasked with expanding the 13-year-old agency's global presence as well as "expanding and diversifying the creative class." Unlike more traditional agencies, 72andSunny prefers to hire "hybrids" that are fluent in multiple disciplines, not just one area.

Jarvis will also continue to embrace the agency's collaborative, office-free approach. To that end, like the rest of the staff, Jarvis will not have his own office, but rather sit alongside employees in an open-space layout.

Jarvis has been one of the leading voices in driving the agency's focus on brand citizenship where social good is embedded into briefs and serves as a core marketing function. This direction is credited with helping 72andSunny win new business from General Mills and Seventh Generation among others, in the past year.