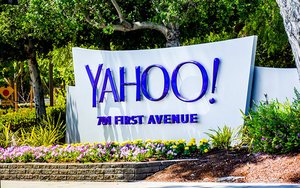 Yahoo's 8-K filing with the United States Securities and Exchange Commission cited the "work required to meet closing conditions" as the contributing factor. "The company is working expeditiously to close the transaction as soon as practicable in Q2," the filing notes.

The statement appeared along with Yahoo's fourth quarter and yearly earnings report for 2016.

As the company prepares to roll into Verizon's AOL advertising businesses, the number of paid-search clicks fell 21% compared with the fourth quarter of 2015, and the price per click rose 18%, respectively.

Gross mobile revenue for the fourth quarter of 2016 fell slightly to $495 million, down from $449 million in 2015. For the full year the numbers were $1.8 billion and $1.7 billion. Yahoo reports that the Change in Revenue Presentation does not impact gross mobile revenue.