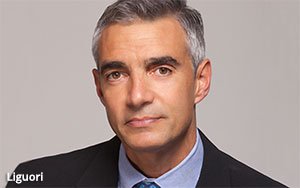 Peter Liguori, president/CEO of TV station group Tribune Media, has stepped down after four years. He is expected to leave in March after its fourth-quarter fiscal results.

Bruce Karsh, chairman of Tribune Media's board of directors, stated: “It became clear to Peter and the board that in this last year of his contract, it was time to find a new CEO to run the more broadcast-centric company."

The sometimes troubled TV station group had emerged from six years in bankruptcy in December 2014 -- believed to be the largest bankruptcy in the history of the American media industry.

Its overall debt totaled $13 billion. In the same year, Tribune spun off its newspaper publishing operation.

Some analysts speculate that Liguori could be moving to Sony Pictures Entertainment following the recently announced departure of Michael Lynton.