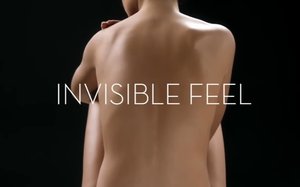 Olay, still the leader in mass-market anti-aging skincare, is bringing out the white-coated scientists for its latest product launch. The Procter & Gamble-owned brand is backing its newly reformulated Olay Regenerist, Luminous and Total Effects products with claims that its research proves that fine lines are more due to nurture, not nature, and that use of its products can reduce the signs of aging.

The reformulation comes at a time when sales of anti-aging moisturizers are slowing. Market researcher Mintel reported a slowdown in purchases of anti-aging facial products last year, “and I do anticipate that anti-aging sales will continue to struggle,” says Margie Nanninga, beauty analyst at Mintel. The decline is partly the result of more products making anti-aging promises, “including cleansers, making people less motivated to use separate anti-aging specific products.”

She tells Marketing Daily that the facial skincare market “is highly saturated and several leading brands are struggling to grow, due to the blurring of lines between the different facial skincare segments as well as increased competition from smaller brands, particularly those with natural positioning, which is resonating with consumers.”

She says that while people continue to expect results from products they use, they are also more likely to recognize that lifestyle factors, including pollution, have an impact on their skin, “which is encouraging people to take a more holistic approach toward skincare, including usage of vitamins and supplements that promote 'beauty from within’."

That is driving what Mintel calls the "food-to-face" trend, with brands including ingredients like coffee and kale in skincare products. Some of the Olay reformulations include carob seed extract, for example.

The new Olay positioning is backed by research conducted with 23AndMe, the controversial personal genetic testing company, that it says show “external factors — or nurture — had a larger effect on exceptionally youthful skin appearance than two identified genetic variations—or nature.” The Food & Drug Administration banned 23AndMe’s DNA health reports, which claimed to identify risks about hundreds of diseases, back in 2013, citing health issues related to false positives. The company has been allowed to market the reports since 2015, with testing on a much smaller scale.)

Olay says its research shows sunscreen usage and a positive attitude are more linked to younger-looking skin while sunbathing and frequent dry skin are more associated with skin aging. The findings, based on a study with 155,000 participants, show that women who “almost always” use sunscreen are 78% more likely to be what it calls “an exceptional skin ager,” one who looks 10 years younger than her chronological age, compared to women who almost never do.
Next story loading