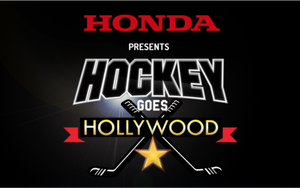 Honda, the title sponsor of this weekend’s NHL All-Star Game, is partnering with Time Inc. to bring a unique pop-up to downtown Los Angeles.

The cafe will feature sports and entertainment programming including signature Entertainment Weekly and Sports Illustrated panels, appearances by well-known athletes and celebrities, film screenings and a live DJ. Free donuts and coffee will be given to anyone who stops in to check out the offerings.

There will be a “Wayne’s World” screening and NHL players will sign autographs. Vehicle activations will feature the 2017 CR-V SUV. Programming updates will be available online.

The pop-up experience will open to the public Jan. 27-29 just outside Staples Center in downtown Los Angeles. It will celebrate the intersection of hockey and Hollywood, said Susie Rossick, assistant vice president, Honda Auto Marketing.

The cafe honors Stan Mikita, the Slovak-born retired professional ice hockey player who was a staple on the NHL Chicago Blackhawks, generally regarded as the best center of the 1960s.

The 2017 Honda NHL All-Star Game, to be held Jan. 29 at the Staples Center, marks the third straight year for Honda as title sponsor. As part of the partnership, Honda will present a new 2017 Ridgeline truck to the most valuable player.

Honda's presence during the 2017 NHL All-Star festivities in Los Angeles also will include serving as a sponsor of the Honda NHL Four Line Challenge in the 2017 Coors Light NHL All-Star Skills Competition on Jan. 28, where the greatest players in the League will face off in a series of on-ice contests.

Honda is celebrating nine years as the Official Vehicle of the National Hockey League and will support the NHL throughout the 2016-17 season as the exclusive automotive partner of the NHL.