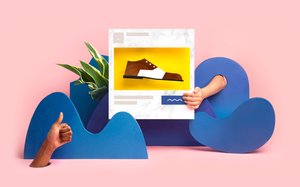 MailChimp has expanded beyond email marketing for the first time, announcing a Facebook Ads feature on Thursday that enables users to create and track social media campaigns from within the MailChimp interface.

The new feature is free for MailChimp users and includes audience selection, budgeting and tracking capabilities.

Users can select "Start a Facebook Ad" from their MailChimp dashboard, and then target audiences in three ways: with a MailChimp email list, a Facebook fan page audience or via Facebook’s lookalike audience.

MailChimp aims to eventually become an omnichannel marketing platform for businesses, specializing in ecommerce. The company says its ecommerce users have grown 46% over the past year, and positions Facebook Ads as an opportunity for small- to medium-sized business owners to have multichannel capabilities from within the familiar and easy-to-use MailChimp interface.

"We're actively looking at adding a number of other marketing channels," says John Foreman, vice president of product management at MailChimp, about the company's plans to expand to additional marketing channels. "We think about what channels our SMB customers are using to effectively grow their businesses, and those are our priorities."

MailChimp has become a titan of email marketing, but this marks the company’s first foray outside of the email realm. This announcement also puts the company’s decision to alter its Mandrill product in early 2016 into perspective. Mandrill was the company’s free transactional email service for developers that the company transitioned into a paid add-on service for marketers.

"We came to a fork in the road, and choosing the 'personalized transactional' path with Mandrill suits us and our customers better than the 'utility' path," wrote Ben Chestnut, cofounder and CEO of MailChimp, at the time of the Mandrill announcement.

Even with the Mandrill announcement, MailChimp's customers number 15 million according to the company.

A total of 8.8 million emails contained an emoji in the subject line last year -- an increase of more than 350% year-over-year, and 2.3 million emails included a GIF in their campaign.

MailChimp claims that 300 million campaigns were sent with the company’s Product Recommendations feature in 2016 and that, on average, small business owners saw an increase of 31% on campaigns that included personalized recommendations. SMBs who implemented A/B or multivariate testing in 2016 also saw their ROI boosted by an average of 20% according to the company. Furthermore, customers earn an average of $497 per month using MailChimp’s Abandoned Cart automation feature.