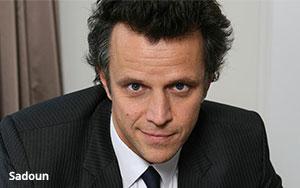 It’s official: Arthur Sadoun, current CEO of Publicis Communications, who has been the odds-on favorite in industry circles to succeed Maurice Levy as Chairman and CEO of Publicis Groupe, will do just that, effective June 1.

But Levy isn’t fading into the sunset quite yet — he has been nominated to  assume the chair of the holding company’s Supervisory Board while Steve King, CEO of Publicis Media is joining the Management Board, which also includes CFO Jean-Michel Etienne and Anne-Gabrielle Heilbronner, Secretary General.

Shareholders will elect Levy as Supervisory Board Chair at the company’s upcoming annual meeting May 31. He's been Chairman and CEO since 1987.

Current Supervisory Chair Elisabeth Badinter stated: “The highly respected professional qualities of Arthur Sadoun, his unique understanding of clients and their needs, his accomplishments both during his time at Publicis Groupe and before, and his human qualities, all make him the prime candidate. He will be able to count on Steve King, who is joining the Management Board, as well as Jean-Michel Etienne and Anne-Gabrielle Heilbronner, members of the Management Board. On behalf of the Supervisory Board, we have every confidence in this team to meet the challenges ahead.”

And in a nod to Levy’s decades-long stewardship of the company, Badinter added, “The Supervisory Board and myself would like to particularly note the exceptional work accomplished under the stewardship and thanks to the personal commitment of Maurice Lévy over the last 30 years; our Groupe has profoundly transformed itself, ranked today not only as the 3rd group globally but above all as the 1st when it comes to the engine of the future: digital. It would be too long to list all of the accomplishments achieved under his direction. It suffices to say that, over this period, our headcount went from around 3,000 people to nearly 80,000; our revenue has multiplied by nearly 50 and our market capitalization by close to 100.”

Levy stated: “First of all, I’d like to warmly congratulate Arthur. I am extremely happy with this choice, which is the most appropriate and judicious for the future of our Groupe, and congratulate Arthur warmly. It’s not just any choice, it’s a measured and well thought out choice that opens new doors for the future of our amazing Groupe. I have known Arthur for many years. We have worked very closely together. He is a seasoned professional with an inspiring vision of our industry and of our clients’ needs. He knows them well, he understands them well and he knows how to deliver the solutions and services they need to grow, develop and transform by selecting the best talent.”

And, in a nod to King’s elevation, Levy added: “I have always greatly admired Steve and thought of him as a friend, as he has been able to meet every challenge and make necessary change with talent and impact. His promotion to the Management Board, alongside Jean-Michel Etienne and Anne-Gabrielle Heilbronner, who both know the Groupe inside-out, is well deserved and will allow him to provide his support and professionalism to the Groupe’s development.”

Sadoun stated: “ Leading the company founded by visionary Marcel Bleustein-Blanchet and made into a global communications leader by Maurice Lévy is an immense honor and an incredible challenge. A challenge that I’ll meet with open arms, thanks to the continued contribution of Maurice’s wisdom and experience, and the support of Steve King, the Management Board and the talented individuals who make up Publicis Groupe. Thanks to each of them, I’m taking on this new role with confidence, determination and one objective in mind: accelerating our transformation and development through The Power of One to continue to make Publicis shine like Marcel and Maurice have done for the past 90 years.”

It was a little over a year ago that Publicis unveiled broad restructuring in which the company reorganized into four major groups, including:

Publicis Communications, led by Sadoun as CEO, which houses all of the company’s creative networks including Publicis Worldwide (which Sadoun previously led); MSL, Nurun, Saatchi & Saatchi, Leo Burnett, BBH and Marcel. It will also include production operation Prodigious.

Publicis.Sapient, which was created with the acquisition in 2015 of Sapient and which is led by Alan Herrick as CEO. It includes the company’s digital operations Sapient Consulting, SapientNitro, DigitasLBi, Razorfish and related entities.

Publicis Healthcare, led by Nick Colucci as CEO, which will continue to focus on healthcare marketing.

By then, Levy had already declared his intention to step down from the CEO post in 2017.

In January 2009, Sadoun was promoted to CEO of Publicis France a network that includes Publicis Conseil, Publicis Dialog, Marcel, Carré Noir and other shops throughout the country and some overseas territories.  In April 2011, he was appointed Managing Director of Publicis Worldwide, and then CEO in October of 2013.  In July 2015 he added the supervision of MSLGROUP, Publicis Groupe’s PR, strategic communication and engagement network to his remit. With reorganization last year, he took the rein of Publicis Communications.

In a note to investors, Pivotal Research analyst Brian Wieser wrote that “Given Sadoun’s long history with the company and our expectation that Levy will remain actively involved, the news does not indicate any meaningful change for the company at this time. Nonetheless, clarification of management and board roles is always a positive factor in an industry such as the advertising agency business where personal alliances and responsibilities drive business outcomes.”

Wiser opined that with Publicis Group management succession in place there could be “knock-on effects at Interpublic, Omnicom and WPP, as Sadoun’s relative youth may serve to highlight that the company’s three global peers are each led by long-tenured CEOs past the age of 70. While each of those CEOs are still very engaged in their companies, succession may become a more widely discussed topic among investors and industry participants at those companies in the near-term.”