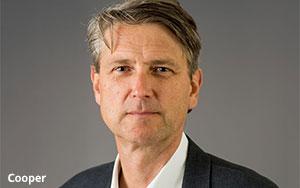 Mike Cooper, worldwide CEO, of Omnicom’s PHD unit, has been named president of the Media Lions jury for the 2017 Cannes Lions International Festival of Creativity, which will be held June 17-24 in Cannes, France.

The Media Lions are one of several advertising and digital media-related categories recognized at Cannes. According to the festival’s promoters, the Media Lions “celebrate the context of creativity. Entries will need to demonstrate an inspiring and innovative implementation of ideas. That is, work which is enhanced and amplified by a game-changing channel strategy.

The presidents of the other Lions awards categories at this year's festival include:

The organizers said jury presidents for four other categories -- Creative Effectiveness, Entertainment, Innovation and Health -- will be announced in February.