Virtual, Augmented Realities Grow Up Together 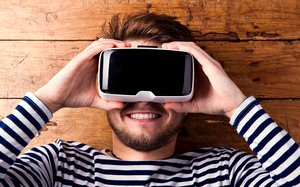 Virtual and augmented reality are moving toward mass adoption.

Most VR sales have actually been smartphone accessories, despite all the innovations in headsets.

This year, the technology for VR and AR devices will advance significantly as major brands like Google, Facebook and Microsoft consolidate their existing technologies into more exhaustive strategies designed to corner the potentially lucrative market, based on a new report.

The move to virtual worlds has been identified as one of the top technology trends this year in the report by IHS Markit.

More device manufacturers, including a number of Chinese smartphone brands, will enter the market for VR and AR hardware, according to IHS.

This, in turn, will create the medium for high-quality VR content.

The boundaries between augmented and virtual realities will blur in many real-world applications, according to the report. For example, adding to shopping AR overlays on windows together with mixed augmented reality browsing as well as VR experiencescould create a new way for consumers to check out merchandise in a store prior to purchase.

Another new forecast by Technavio says the AR market will grow to $44 billion by 2021. The number of mobile AR users also is projected to grow dramatically, driven by the introduction of new AR mobile apps, such as Pokémon Go.

One longer-term view, by Citi’s Global Perspectives and Solutions Group, says virtual and augmented realities will grow to be a $2 trillion industry by 2035, with AR growing 68% on average between 2020 and 2025.

As technology progresses, IHS sees the experience of virtual worlds moving from simple viewing to increasingly sophisticated interaction and finally to full and total immersion.

And that will be a new view of reality.