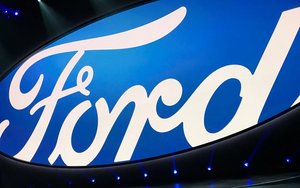 Ford is the first automaker to take a stand, joining an array of other companies that did so over the weekend including Lyft, Apple, Nike, Facebook, Alphabet and Dots.

“Respect for all people is a core value of Ford Motor Company, and we are proud of the rich diversity of our company here at home and around the world,” Ford CEO Mark Fields and Chairman Bill Ford said in the statement. “That is why we do not support this policy or any other that goes against our values as a company.”

“We are not aware, to date, of any Ford employees directly affected by this policy. We will continue working to ensure the well-being of our employees by promoting the values of respect and inclusion in the workplace,” according to the statement.

Dearborn, Mich., where Ford is headquartered, is more than one-third Arab-American, according to the U.S. Census.

"Considering where Ford is headquartered -- in an area with a significant Middle Eastern population, some of whom are employees -- this is no surprise," says Michelle Krebs, senior analyst for Autotrader. "Also, Ford sells a lot of vehicles in the Middle East."