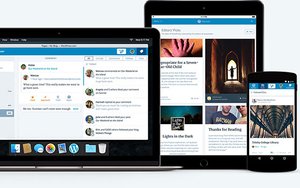 Internet company Automattic has appointed Assembly to be its media AOR for WordPress.com, the client’s publishing platform, following a formal review.

There was no incumbent. Wordpress.com currently has an online search operation in-house, but launched the review in the fourth quarter of last year because it was planning a broader media approach for 2017.

Last year the company increased its ad spend significantly. Through the first nine months spending totaled $10.25 versus $6.4 million for full-year 2015 according to Kantar Media.

“We selected Assembly because of its data-first approach to performance marketing and an ability to centrally model, measure, and optimize all pieces of the media plan," says Chris Taylor, CMO, Automattic. "We’re eager to get new creative into market to start the year off strong.”

The publishing platform enables users to create sites for small business, blogging, and publishing as well as host sites for brands such as Microsoft, News Corp., and The New York Times. In a survey conducted in November, 25% of the websites globally use WordPress as their content management system.