Tech Community Turns To Email To Speak Out Against Immigration Ban 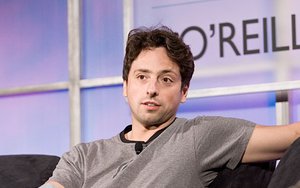 Google employees in eight offices across the United States staged a walkout on Monday, protesting the immigration ban signed by President Trump in an executive order Friday.

Sergey Brin, the co-founder of Google and President of Alphabet, and Sundar Pichai, the CEO of Google, supported the protest and spoke to employees gathered at Google’s headquarters in Mountain View, California. As many as 200 Google employees are affected by the immigration ban.

Brin, who also joined protests at the San Francisco International Airport over the weekend, first came to the United States during the Cold War as a refugee from the Soviet Union. He was six years old at the time.

"It’s painful to see the personal cost of this executive order on our colleagues," wrote Pichai, an immigrant from India, in an email sent to staff on Friday.

Google leaders were not the only tech professionals who spoke out against the ban, as many more took to email to communicate their opinions and offer support to any employees affected.

Tim Cook, the CEO of Apple, quoted Dr. Martin Luther King in his email to staff on Saturday. “Apple is open,” he also wrote. “Open to everyone, no matter where they come from, which language they speak, who they love or how they worship.”

Shantanu Narayen, the CEO of Adobe, emailed staff on Sunday to express how “Adobe would not be the company it is today without our rich diversity of employees, and that continued diversity is vital to our future.” Narayen himself is an Indian immigrant and US citizen.

Lyft pledged to donate $1 million over the next four years to the ACLU. “We ask that you continue to be there for each other -- and together, continue proving the power of community,” Lyft’s co-founders wrote in an email to all customers and staff on Sunday.

email, google, politics, search
1 comment about "Tech Community Turns To Email To Speak Out Against Immigration Ban".
Check to receive email when comments are posted.
Next story loading