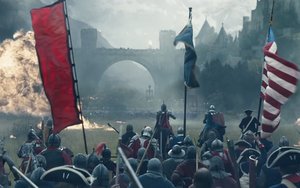 Menlo Park mobile gaming and app company Top Games US, Inc. has purchased its first Super Bowl ad and has released a two-minute star-studded film in advance of the game that is part of the company’s broader marketing effort to promote the relaunch of its popular mobile game, Evony: The King’s Return. The 30-second Super Bowl spot from Butler, Shine, Stern & Partners will continue the promotion effort, which also includes 11 additional ads that will air later in the year with expanded story lines.

A culminating battle will be the focal point of the spot seen in the Super Bowl, which can be seen here.

“The Super Bowl is the ultimate test of today’s warriors, so it is a fitting place for us to showcase our free-to-play mobile game, Evony: The Kings Return,” stated Top Games CEO Lu Lu. “Having such spectacular talent literally leading the charge will help bring the game to life and drive interest.”

BSSP has a number of Super Bowl ads under its belt and was selected to develop the advertising for Evony following a review. It’s done previous Super Bowl work for brands such as MINI, T-Mobile and others.

“Evony is a strategy game with depth – that goes beyond pure action,” said Mark Krajan, creative director at BSSP. “We wanted to echo that with an episodic series of spots that create a rich world of characters and backstory.”

The campaign was shot and directed by Henry Hobson of Furlined in locations including New Zealand and Romania.