Not Every Vehicle Deserves A Super Bowl Spot

It’s a little late for automakers to alter their course for this year’s Super Bowl, but perhaps it’s not too early to start thinking about next year.

Online auto shopping site CarHub.com has some interesting data regarding which vehicles are the best fit to be marketed before the mammoth Super Bowl audience.

CarHub.com offers a personality quiz —  CarTron — to help shoppers identify the right car or truck for their personality and needs. Devised by experts in behavioral science and statistics, the quiz asks a variety of questions, including some sports-related ones.

The company was able to draw some conclusions based on an analysis of 25,000 quiz answers.

"Who we admire says a lot about us, as human beings are inherently social creatures who naturally seek to elevate the 'best' in any group," says Jesse Toprak, CarHub.com founder and CEO. "The same personality traits that lead us to define excellence in specific ways also lead us to define the ideal vehicle in similarly specific ways, and it is these connections that CarTron takes advantage of in its vehicle recommendation algorithms that leverage seemingly unrelated questions to predict vehicle preferences."

People who are big sports fans tend to want family-friendly cars (vs. sophisticated) and powerful vehicles (vs. eco-friendly).

Okay, now that you know which vehicle to market, how do you market it?

Consumers who are big sports fans like stories with happy endings starring people they identify with. They tend to admire Michael Jordan more than Mother Theresa. They prefer reading non-fiction to fiction and like to follow their head vs. their heart.

So how do this year’s Super Bowl advertisers stack up?

According to Toprak and based on CarTron results, the Honda CRV spot, from RPA, which is being teased on Twittter, should go over well in this year’s Super Bowl. The teaser features a high school-aged Steve Carell speaking from the pages of his yearbook and sporting a mustache. Honda will reveal its spot Thursday (Feb. 2) morning on the “Today” show.

Kia and Lexus are also likely to do well, Toprak says.

Kia’s amusing 60-second spot from David&Goliath features actress Melissa McCarthy putting herself in some precarious situations as she tries to be an “eco warrior” while driving the Kia Niro. 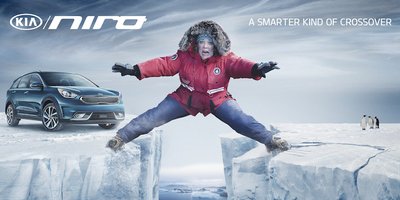 The Lexus spot focuses on the sporty new LC 500 and features Lil’ Buck — a movement artist who was previously in an Apple spot — dancing off the walls while Sia’s “Move Your Body” plays in the background.

The spot closes with Lexus's new tagline, “Experience Amazing.” The ad was directed by Jonas Åkerlund and handled by Lexus agency-of-record Team One.

I kind of miss the old days when you didn’t actually see the Super Bowl spots until they were shown during the game. I guess nobody wants to be surprised anymore.