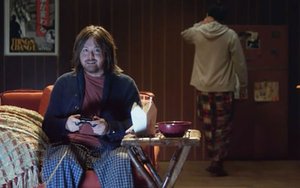 The regional insurer will air new ads in Indiana markets on Super Bowl Sunday to capitalize on the larger game day audience. Online spots are running now in the lead-up to the game on Feb. 5.

The new “Life Stages” campaign from Young & Laramore is designed to remind people how quickly things can change in a person’s life and the need to be ready for those changes.

The commercials draw upon production techniques to show characters moving from single life to married life to parenthood. Tear-away clothes, props that lower from or rise up to a catwalk, quick entrances and exits, whip pans and split-second timing combine to reduce decades of living to less than thirty seconds, ending in an insurance agent's office.

Though the spots play off the notion that many people don't really know what they're currently covered for and prefer knocking on wood to actually finding out. “Stop Knocking On Wood” has been the Indiana Farm Bureau Insurance's tagline since 2010.

Agency and client have been working together since 2011.