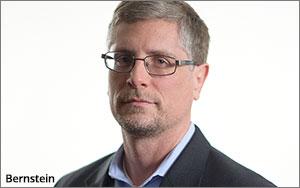 Bernstein will report into Chris Loll, IPG Mediabrands chief operating officer. There is no word yet on who will run Mediabrands Society globally.

The company says the new entity will offer a full suite of proprietary tools and an on-demand social media newsroom-type operation designed to serve content for clients in near real time, influencer marketing and advisory services.

At launch, Mediabrands Society will have offices located in the U.S., Canada, England, Australia, Philippines, Malaysia and Mexico, with plans for expansion to other markets throughout 2017.

“Our promise to our clients has always been to assist them in unlocking the power of dynamic marketing,” stated Henry Tajer, global CEO, IPG Mediabrands. “Part of that promise requires IPG Mediabrands to always be at the forefront of the media landscape, and the evolution of Mediabrands Society into a global full-service social agency embodies this.”

One of the new tools that Society will offer is a proprietary system called “HEART” that identifies emotional resonance in social conversations. Combining Natural Language Processing, Machine Learning & Artificial Intelligence, HEART analyzes news, blogs, social media and TV in order to identify content that resonates with relevant audiences to drive maximum ROI, per the agency.

The core of the new offering is an operation launched in 2013 called Mediabrands Publishing, initially designed to help clients produce content and other publishing-type services.

Other Mediabrands veterans are joining the new entity, including Nick Childs who assumes the role of Chief Creative Officer. He joins the new operation from sibling media agency Initiative, where he served as Global Creative Officer.

Also joining the new entity and working closely with Childs is Josh Greenspan, as Executive Creative Director. He brings more than 15 years of experience to Mediabrands Society, including senior roles at Havas, McCann and Strawberry Frog.

Headquartered in New York, Mediabrands Society will also partner with sibling media agencies UM and Initiative to provide services for their clients as needed.