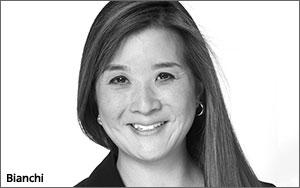 As president & CEO, Bianchi will will have day-to-day accountability for executing the company’s vision across the entire organization, overseeing Collective’s combined business operations, including the company’s Visto technology division and its Compass media unit.

Bianchi joined Collective in 2015 as chief operating officer. She was promoted to president in July 2016. Prior to joining Collective, Bianchi held leadership positions at E*TRADE, Accenture, Time Inc., and TBWA Chiat Day.

As executive chairman, Apprendi will continue to have an operating role in the business, with a focus on overall corporate strategy, industry partnerships and product vision.