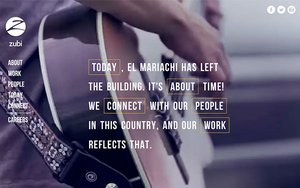 WPP confirmed today that its Ford-dedicated agency GTB has acquired Zubi Advertising, an ad agency that focuses on the Hispanic market in the US.

Zubi was founded in 1976 by Tere Zubizarreta, who died in 2007. She became the first Hispanic female to be inducted into the American Advertising Federation Hall of Fame.

Her son, Joe Zubi is COO at the agency and her daughter Michelle is Chief Administrative Officer.

Zubi employs approximately 120 people and is based in Coral Gables, Florida, with offices in Los Angeles and Detroit.

Up until last year, WPP had three Ford-dedicated agency’s, including Team Detroit, Blue Hive and Retail First. They were consolidated under the GTB brand last May.